EOCC’s highest organ is its General Assembly, with gathers once a year. Composed of representatives of members of the association, the General Assembly defines the general policy orientations, elects the members of the Board, create the working groups, define their missions and powers and approve their activity reports, and finally approves the budget and accounts of the association. 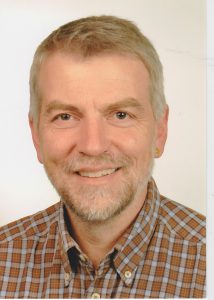 EOCC President Georg Eckert studied agriculture and made a PhD in agricultural science (Investigations on the border between agriculture and nature protection) at Institute for Plant Production Department for grassland of University of Hohenheim where he then stayed for several years as scientist. He still has a lectureship at Hohenheim University.

In 1998 Georg started with organic certification at BioZert GmbH as head of the Baden-Württemberg office. With fusion of Alicon and BioZert to the new ABCERT, he became head of department of agriculture up to now. Georg takes actively part in working bodies within EOCC ( Regulation and Residues) and IFOAM-EU. 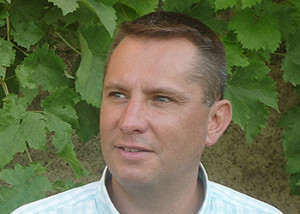 Antoine Faure is EOCC Vice-President from April 2018. Antoine Faure joined the Ecocert Group in 2001, and has over than 16 years of experience in conformity assessment in organic agriculture sector. With a Master degree in Agriculture (Engineer), he works currently as Expert in the area of certification systems both in terms of operators, control bodies as competent authorities (national system for approving control bodies). Antoine has also a specific expertise in the interpretation of regulations and norms. Finally, as Ecocert Group representative he works internationally in relation with several institutions or competent authorities including the European Commission. From 2013, he is the coordinator of the EOCC Working Group Import and of the EOCC Task Force TRACES. 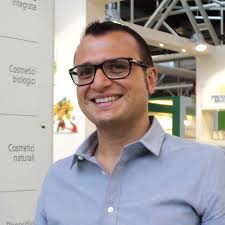 Roberto Maresca studied Biological Sciences at the University Federico II in Naples. He then attended the annual professional training course on the quality of agri-food sector held by IFOA in Modena.

At the beginning of 2011, he started working at CCPB srl.

During these years at the CCPB srl, he has been covering diverse positions in the various offices.

From 2017, he hold the role of manager of the International certification schemes (NOP, JAS, COR, Bio Brazil, Bio Korea) and for the International organic private standards such as KRAV, Naturland, Bio Suisse.  He is also a CCPB recognized inspector, regularly performing inspection activity for different organic schemes, especially international ones. As CCPB contact person, he took part to diverse European projects, such as the one on risk-based inspections IRM Organic (a Lifelong Learning Project) or currently the one on organic animal welfare AWARE (an ERASMUS + Project).

At EOCC level, he has been an active of the Task Force Residues since 2016. As such, he actively took part to the EOCC Residues datas collection 2016 and 2017. Since 2018, he is the coordinator of the EOCC Task Force OFIS.

Roberto has been elected as a EOCC Board member during the General Assembly of April 2018. 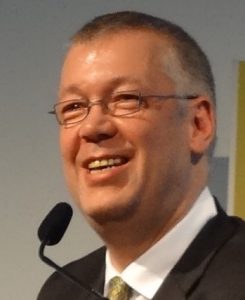 Jochen serves as the managing director of the German control body Resource Protection Ltd. (GfRS Gesellschaft fuer Ressourcenschutz mbH, www.gfrs.de) since 1989. He is inspector of organic farms, processors and importers of products from organic agriculture in various member states of the EU.

Since 1998, he is also assessor of different accreditation bodies for ISO 17065 and ISO 17021. He did various evaluations of control bodies certifying to equivalent standards active in third countries, in Africa, Asia and Latin America. He is the chairman of the committee Agriculture, Nutrition and Sustainability of DAkkS and a member of the accreditation committee of the IOAS.

Jochen was the project leader of a variety of research and development projects aiming to improve effectiveness and efficiency of organic controls, amongst them the EU-projects IRM-Organic and AWARE.

Jochen is convinced that one of the major tasks is future is harmonisation of organic controls, a task to which EOCC can deliver an excellent contribution. In April 2014, Jochen became EOCC Board member. 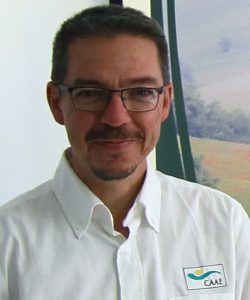 Juan Carlos studied Agricultural Technical Engineer in Seville from 1991 to 1995.

From 1998 till 2005, he has been CAAE inspector (mainly UE organic Schemes but also some others like NOP, Biosuisse, GlobalG.A.P of individuals,etc).

From 2005 till 2014, he has been in charge of control of inspections compatibilizying this charge with some inspections (adding some new certification schemes like Naturland, Krav, IBD Brazil Organic, Soil Association, BRC, GlobalG.A.P Option 2, etc).  In this period, he developed the quality system for all inspection schemes that CAAE was related with and the training and surveillance of the 35 existing inspectors at this date.

Juan Carlos owns a small organic horticulture project in Villanueva del Ariscal (Seville). Since 2016, he is an active member of some of the EOCC Groups (Imports, Residues, Regulation, Risk assessment).

Juan Carlos has been elected EOCC Board member during the General Assembly of 2018. 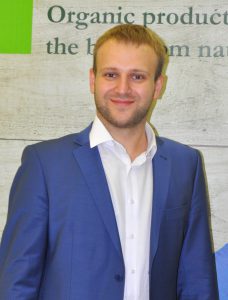 Sergiy Galashevskyy has been involved in the organic sector of Ukraine for more than 8 years. He started working in 2007 for the certification body Organic Standard. From inspector, he became head of inspection department and holds since the end of 2008 the position of General Manager. Under Sergiy’s management, Organic Standard became one of the leading organic certification bodies in Ukraine. Sergiy was born in 1983. He graduated from the Bila Tserkva State Agrarian University (Agronomy Faculty) in 2006 and in the same year he also studied organic agriculture in Great Britain (Writtle college, University of Essex). In 2014, he finished his MBA education with specific topic of diploma work “Marketing strategies of organic certification body”. Sergiy is an active player of the Ukrainian organic sector; he belongs to official working group 8.2 Organic Farming and also takes part in the process of elaboration of the Ukrainian organic law. Further, Sergiy is one of coordinators of Ukrainian Pavilion at Biofach and the annual national organic conference in the Ukraine.

Within EOCC, Sergiy is the Coordinator of Task Force “Ukraine” since 2015 and a member of Working Group ‘Import’.

Sergiy Galashevskyy has been elected as EOCC Board Member during the General Asssembly 2017, in Bologna.

EOCC is represented in Brussels via its Representative Aurélie Quintin who is in charge of liaising with European institutions and other stakeholders as well as supporting EOCC working bodies. 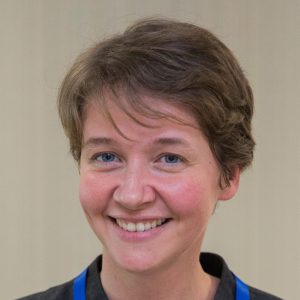 Aurélie took over the position of EOCC Representative in December 2016. She has more than 15 years professional experience, both in public and the private sector. Prior to joining EOCC, Aurélie was working more than 8 years in a European federation both as project manager as well as policy advisor. Before that, she had also worked as a Commercial attaché for the French Trade and Economic Mission in Düsseldorf. She holds a master’s in European law. Aurélie is a French national. Next to her mother tongue, she speaks fluently English and German.