The Task Force Covid-19 was created in Spring 2020. It aims to monitor the impact of the Coronavirus pandemic on the performance of organic controls and on the daily work of CBs.

Exchange informations and needs among EOCC members on how to deal with the consequence of the CV-19 pandemic on Organic controls.

Provide the European Commission with a reactive and corresponding feedback on CBs expectations in terms of flexibility.

Support the creation of the regulatory response to adress the issue. 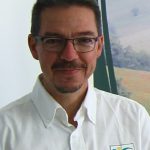 The TF TRACES is chaired by Juan Carlos Perez Montero.

Juan Carlos studied Agricultural Technical Engineer in Seville from 1991 to 1995.

From 1998 till 2005, he has been CAAE inspector (mainly UE organic Schemes but also some others like NOP, Biosuisse, GlobalG.A.P of individuals,etc).

From 2005 till 2014, he has been in charge of control of inspections compatibilizying this charge with some inspections (adding some new certification schemes like Naturland, Krav, IBD Brazil Organic, Soil Association, BRC, GlobalG.A.P Option 2, etc).  In this period, he developed the quality system for all inspection schemes that CAAE was related with and the training and surveillance of the 35 existing inspectors at this date.

Juan Carlos owns a small organic horticulture project in Villanueva del Ariscal (Seville). Since 2016, he is an active member of some of the EOCC Groups (Imports, Residues, Regulation, Risk assessment).

Juan Carlos has been elected EOCC Board member during the General Assembly of 2018.