The mission of working group import focuses on issues related to inspections and certifications according EU-Regulation in third countries as well as imports of organic products within the European market. The working group also monitors closely equivalence agreements signed with third countries, as well as trade aspects of the revised EU-regulation.

Task forces, which are established for a limited period of time and dealing with specific issues of the sector (Residues, cross-checks, risk-assessment). 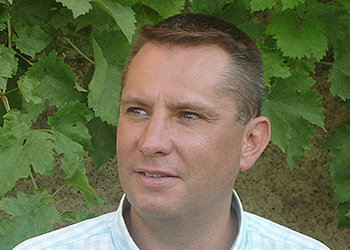 The coordinator of working group Import is Antoine Faure.

Antoine Faure joined the Ecocert Group in 2001 and has over 14 years of experience in conformity assessment in the organic agriculture sector. With a Master degree in Agriculture (Engineer), he currently works as Senior Adviser in the area of certification systems for organic operators, control bodies and competent authorities (national systems for approving control bodies). Antoine has also developed a specific expertise in the interpretation of regulations and norms. As Ecocert Group representative, he works internationally in relation with several institutions or competent authorities including the European Commission. Since 2006, he is member of the French Organic agriculture committee, of the Organic regulation national commission and of the Certifier agreement committee. Antoine is involved in EOCC since many year, in particular as the co-ordinator of our Working Group Imports and our Platform TRACES.