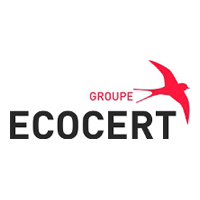 ECOCERT SA, a global leader in certification in organic farming and organic cosmetics, relies on an international network of 30 branches, with more than 800 employees, operating in over 110 countries. ECOCERT is also a recognised player in the certification of environmental management systems and fair trade. It sets demanding standards to encourage economic players across all sectors to adopt more responsible practices. Its expertise also covers environmental consulting. In accordance with its convictions, ECOCERT applies a rigorous environmental policy to all of its activities.

A specialist organisation for the inspection and certification of organic farming since its inception in 1991 in France, ECOCERT is recognised for its expertise in matters related to the environment and to sustainable development.

– The inspection and certification of products, systems and services according to various public and private standards

– The development of demanding environmental standards

One of ECOCERT’s aims is to promote good practice and encourage changes in behaviour. It develops its expertise and then makes it available to professionals committed to improving their practices, through certification programmes or the provision of accredited technical training. ECOCERT forges partnerships with other committed players in the business, non-profit and political arenas in order to raise awareness among consumers. In addition, its experts work with national, European and international institutions to support projects that have a positive environmental impact and to develop new regulations: the European Commission, national governments, NGOs, and professional organisations.

ECOCERT does not only promote good practices, it also leads by example in encouraging the development of new initiatives. Based in South of France, its headquarters, housed in an eco-friendly, energy-positive building, received LEED Platinum international certification in 2014, which recognises the best performing buildings in terms of respect for the environment. ECOCERT runs an energy and waste management policy with the involvement of its employees. It conducts a carbon audit on all its subsidiaries and offsets 100% of its greenhouse gas emissions through various measures such as tree-planting, with the contribution of its teams.